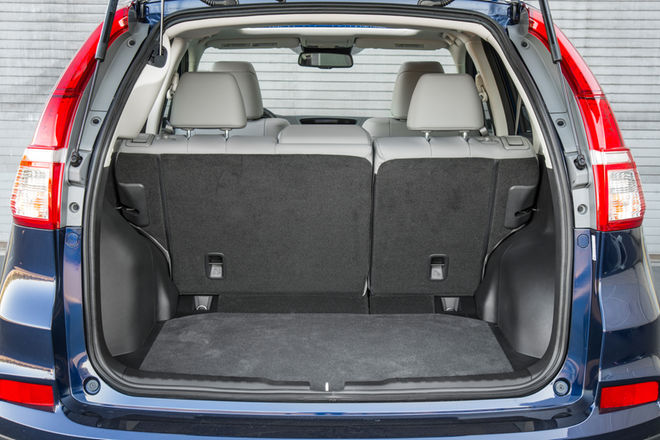 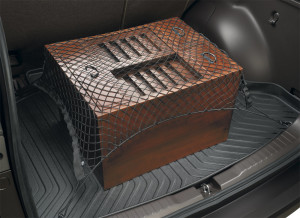 Flexibility is why new car buyers today often consider crossovers instead of midsize sedans, and our long-term 2015 Honda CR-V really delivers here. That shouldn’t be surprising, considering the HR-V and Pilot are function-and-flexibility stars in their respective segments. The CR-V is no different, with built-in features that help make this well-rounded Honda so popular.

The wide-opening rear doors facilitate entry and exit to the rear seat, which has a floor that’s nearly flat. That increases the perception of space, as do the reclining rear seat backs.

The CR-V can’t be beat in how simply the seats fold down. To make the most of the crossover’s 70.9 cubic feet of cargo space, pull one strap at the base of the seats on the left or right side, or pull one of two release handles from the cargo area. In just a few seconds, the seat bottoms fold forward the back of the front seats, making room for the seat backs to come down. There’s no need to mess with the rear-seat headrests, either, as those automatically fold into place.

One dealer-installed accessory we’d highly recommend is the $51 cargo net, which is fastened at four corners of the cargo area so it stays flat and out of the way most of the time, unlike vertically placed cargo nets mounted at the edge of the cargo area. When you don’t need the cargo net, just stack cargo on top. When you’d prefer your stuff to stay in place, lift up the netting.

Throw in the soft front seat backs, and you’ve got a spacious and practical crossover that’s just over a foot shorter than Honda’s good midsize sedan, the Accord. There are pros and cons of eschewing a midsize sedan for a crossover, but the CR-V definitely makes a good case for itself in terms of functionality.