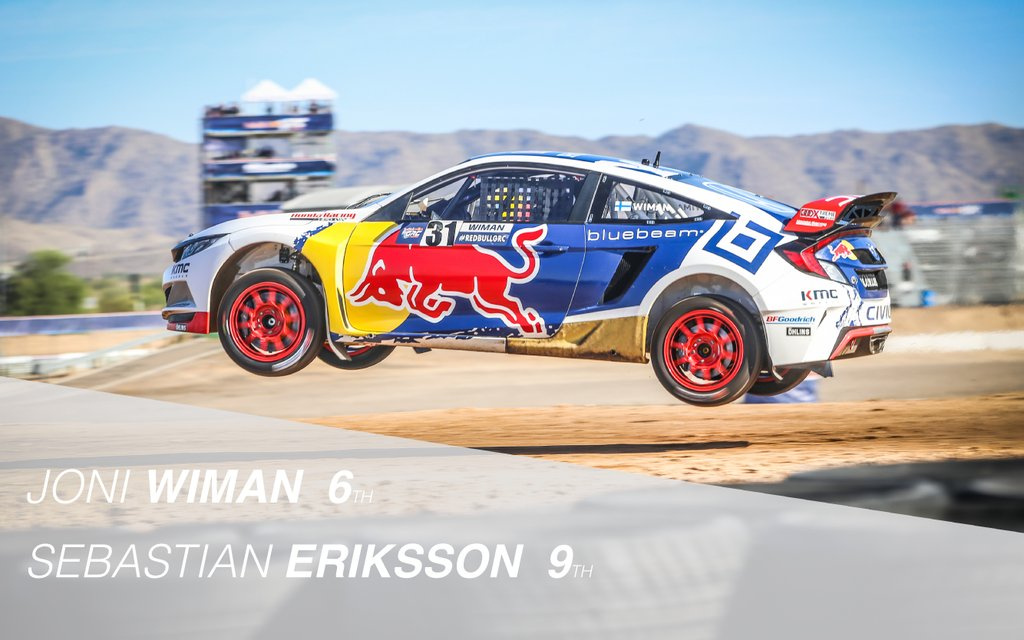 In Round One on Saturday, Joni Wiman and Eriksson advanced to the final via a pair of second-place finishes in the semi-finals and for Eriksson, the Last Chance Qualifier. In the final, Wiman and Eriksson battled through the 10-car field. Both drivers experienced contact throughout the race, but Wiman managed to finish sixth while Eriksson finished ninth.

Round Two action began early on Sunday with Eriksson and Wiman powering the 2.0 Liter turbocharged Red Bull Honda Civics around the .929 mile, 12-turn Wild Horse Pass Motorsports Park circuit. They advanced to the final by way of second- and third-place finishes in the first semi final.

In the final, Eriksson started on the inside of the three-car second row with Wiman on the outside. On the first lap, Eriksson charged past Patrik Sandell for third while Wiman ran in fifth position. The teammates maintained their spots until the third lap when Wiman suffered mechanical damage, forcing him out of the race.

Stop down to Rensselaer Honda to test drive the 2016 Honda Civic today!