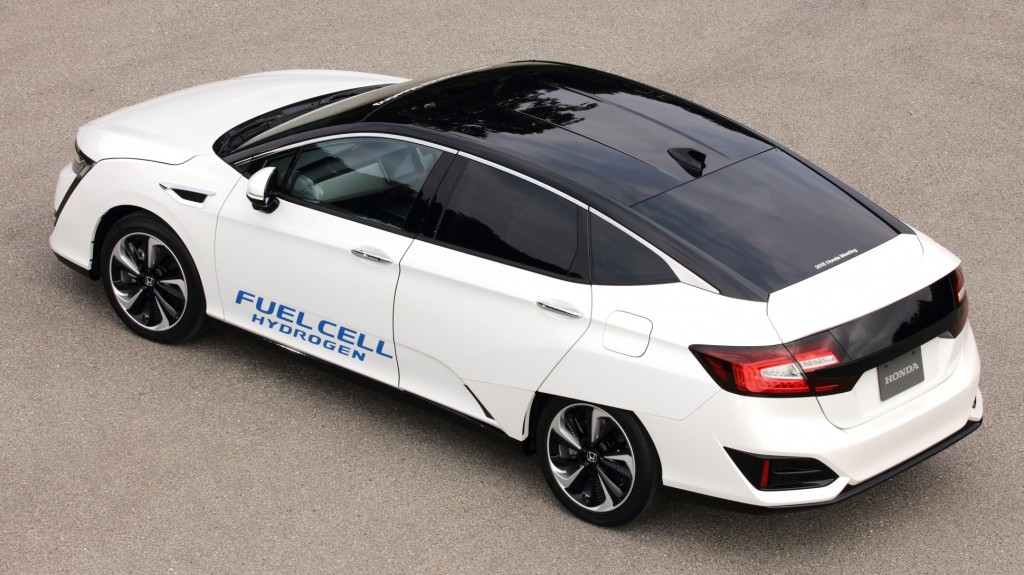 TOKYO — The most notable thing about Honda Motor ‘s new hydrogen-powered Clarity fuel cell vehicle, unveiled Wednesday at the Tokyo Motor Show, is not the silent burst of acceleration it provides when your foot touches the pedal, or the fact that it emits nothing but water vapor from the tailpipe. It’s not even that the Clarity can go more than 400 miles between three-minute hydrogen fillings – assuming you have access to a hydrogen station.

No, the most important thing is that Honda’s new fuel cell system is one-tenth the cost of previous versions and — for the first time — fits neatly under the car’s hood, taking up no more space than a typical V-6 engine. That means two things: 1) there’s more space for passengers and cargo, and 2) the compact fuel cell power train can be used in a variety of other Honda vehicles.

This really does feel like a real leap forward in the shift toward fuel cell vehicles and a so-called “hydrogen society.”

Of course, getting the hydrogen remains a sticking point. In California and the Northeast, companies like First Element and Air Liquide are installing hydrogen stations with support from government grants as well as loans from Toyota and Honda, but the rollout to date has been slow.

Honda might have a solution, though: it’s developing a compact Smart Hydrogen Station, enabling you to use high-pressure electrolysis to produce your own hydrogen at home. There’s no word on when that might be available, but if it’s affordable, it could be a huge breakthrough in speeding the adoption of fuel cell vehicles.